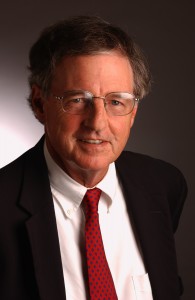 Mr. Coxe’s practice focuses on criminal defense in both state and federal courts. He currently serves on the Florida Judicial Qualifications Commission and the Florida Supreme Court Innocence Commission. Mr. Coxe has served on the Judicial Nominating Commissions of the Fourth Circuit and First District Court of Appeal. He is a Master of the Chester Bedell Inn of Court and for many years was a faculty member of the National Institute of Trial Advocacy.

Mr. Coxe was twice identified as one of the top 10 Florida lawyers in Florida Super Lawyers Magazine, and a member of the Florida Legal Elite “Hall of Fame” by Florida Trend Magazine. He was the recipient of the 2010 Steven M. Goldstein Criminal Justice Award presented by the Florida Association of Criminal Defense Lawyers.