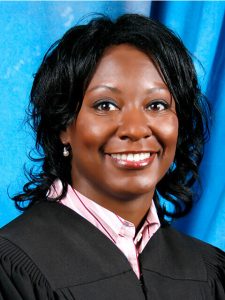 Ms. Campbell was admitted to the Florida Bar in 1991 and began her legal career with the Office of the Public Defender, Thirteenth Judicial Circuit in Tampa, Florida. She was an assistant public defender from 1991 to 2005 serving the office in various capacities. She developed an extensive litigation background handling misdemeanor, juvenile, felony and capital cases, becoming a lead trial attorney and later serving as the Training and Recruitment Director for the office. From 2005 to 2008, Ms. Campbell was a partner in the law firm of Stewart, Twine and Campbell, P. A. where she handled criminal, civil, family and personal injury cases.

On August 26, 2008, Ms. Campbell was elected to the Circuit Court bench and in January 2009, was sworn in as Circuit Judge for the Thirteenth Judicial Circuit, Hillsborough County, Florida. She is currently assigned to Circuit Court, Criminal Justice and Trial Division A.