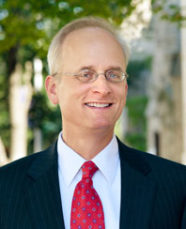 He returned to the Bedell Firm as a partner in 1999. David is listed in The Best Lawyers in America (White Collar and Non-White Collar Criminal Defense), Florida Trend’s Legal Elite (Hall of Fame), and Super Lawyers (Florida’s Top 100, 2013 and 2014). David and his colleagues Allan Brooke and Ashley Greene wrote “Defending the Prescription Case, ” Florida Defender (Winter 2014). He and his wife Patty have three children.